Vocabulary: How to talk about ADVANTAGES and DISADVANTAGES 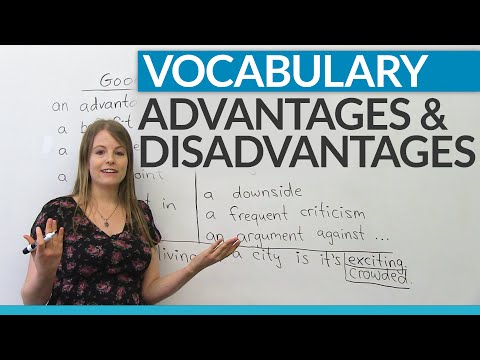 http://www.engvid.com/ In English, we often need to talk about the advantages and disadvantages of something. You will definitely need to do this at work, on tests such as the IELTS and TOEFL, and also in everyday conversation. In this lesson, you will learn words that have the same meaning as “advantage” and “disadvantage”, such as “drawback”, “downside”, “positive aspect”, “benefit”, and many more. After watching, take our quiz to make sure you understood. There are many advantages to watching this video! Come and improve your vocabulary by learning these synonyms in a very short time.
http://www.engvid.com/vocabulary-advantages-disadvantages/

Hi, there. My name is Emma, and in today’s video, I am going to teach you some new words. I’m going to teach you some words that mean “good” or “advantage” and some words that mean “bad” or “disadvantage”. Now, these words are very, very important if you are planning on writing the TOEFL test, the IELTS test, if you plan to go to university or college, or just for general conversation. Okay? So it’s very important you learn multiple ways to talk about advantages and disadvantages. Okay. So let’s get started.

“An argument in favor of living in Toronto is the people here are very polite and friendly.” Okay? So these are all considered good things about living in Toronto. We can use all of these words to describe the things we love about Toronto. Okay?

So I want you to take a moment to think about your city or your village or your town. What could you say that’s about it about where you live? Can you think of an advantage, a benefit, a positive aspect, a good point, an argument in favor of where you live? Okay?

Finally, we can also talk about “an argument against”. “An argument against living in the city is — maybe you can’t have farm animals.” Maybe you love chickens and hens and pigs, but in the city, you can’t have them. Okay? So these are all disadvantages of living in a city or disadvantage words. Whereas these are all advantage words. 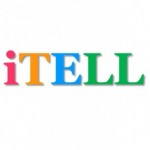